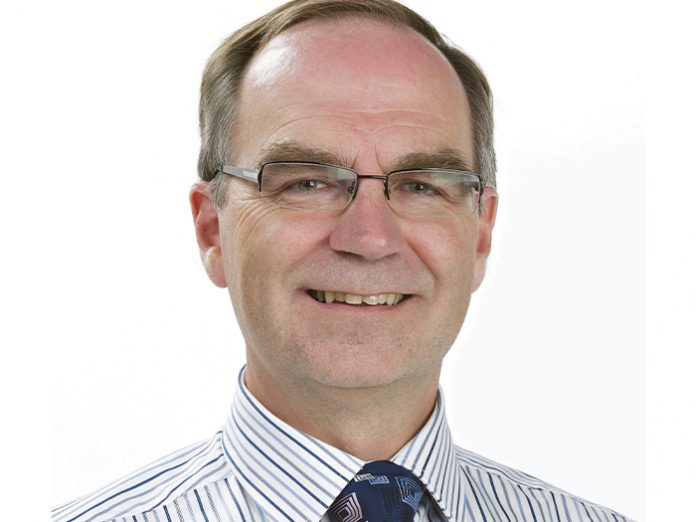 (UK) – On 30 July, the Lighting Industry Association (LIA) held its Annual General Meeting, which concluded with the presentation of the LIA President’s Award. This year’s recipient is David Wright, Managing Director of Emergency Lighting Products and Jordan Reflectors.

The LIA President’s Award recognises exceptional service to the lighting industry, and LIA President Terry Dean bestowed the award on Wright, not just for his distinguished career in lighting, but also to acknowledge the support and guidance that he has given to the LIA and Lumicom over the years.

Wright began his career in Research and Development with Thorn Lighting followed by eight years managing the lighting laboratories at BSI (British Standards Institution). He later joined Existalite / Thomas & Betts as Technical Director, and was promoted to Managing Director while also handling the Group roles of European Product Manager and World Standards Manager. Wright joined the Jordan Group in 2003, initially as Managing Director of Emergency Lighting Products, but took control of both Jordan UK companies in 2009.

An active member of the LIA, Wright is also Chairman of the Industry Committee for Emergency Lighting (ICEL). Its mission is to strengthen the industry and promote the benefits of good quality emergency lighting. He also sits on the LIA Council of Management and is a Director of Lumicom – the UK’s leading independent, not-for-profit WEEE Compliance Scheme, which is a part of the LIA.

On receiving the award, he said: “It was an unexpected honour to receive this year’s President’s award. I am particularly delighted to have been recognised at a time when our industry has been enduring obvious difficulties and by a President that, with the Board and Council, has been so instrumental in bringing positive change to the LIA.”

LIA President, Terry Dean, added: “When it came to thinking about this year’s President’s Award, David was a quick and obvious choice. Having known David for more than 25 years, he has always struck me as someone who cares about our industry and has made a significant contribution to the LIA Council and ICEL. I’m sure you all agree he is a very worthy recipient.”