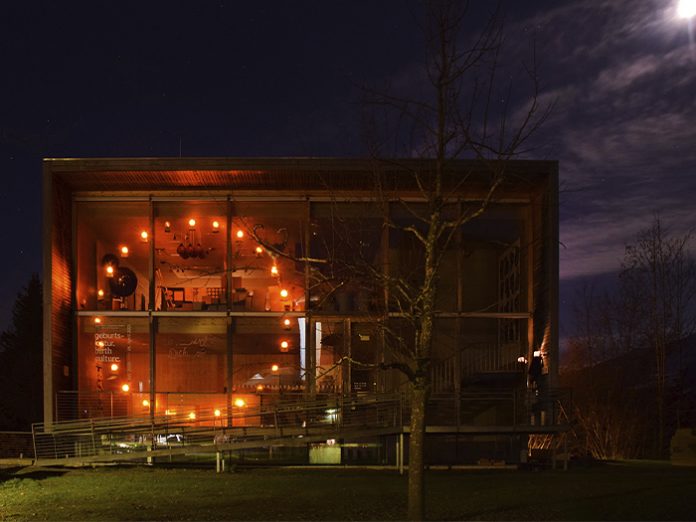 The Hissisau Women’s Museum, in collaboration with female mayors across the Austrian region of Vorarlberg, has taken part in the UN campaign Orange the World with a unique lighting installation.

Every third woman worldwide is affected by violence, and in Austria, every fifth woman from the age of 16 experiences psychological, physical and/or sexual violence. The Hittisau Women’s Museum and Vorarlberg mayors hoped to set an example against this.

From 25 November – International Day Against Violence Against Women – 24 orange warning lights, arranged in a circle, will flash in the window of the Women’s Museum. The installation, entitled O, was developed with artist Wolfgang Schwarzmann, and is intended to draw attention to the topic with its radiance and call for discussion. For 16 days, the lights will send their signal outside, contributing to the Orange the World campaign.

Despite the museum being closed amid a nationwide lockdown in Austria, the installation is a means of the museum promoting its values and mission to its community.

Working with Wolfgang Schwarzmann, the installation was created and installed in just three days.