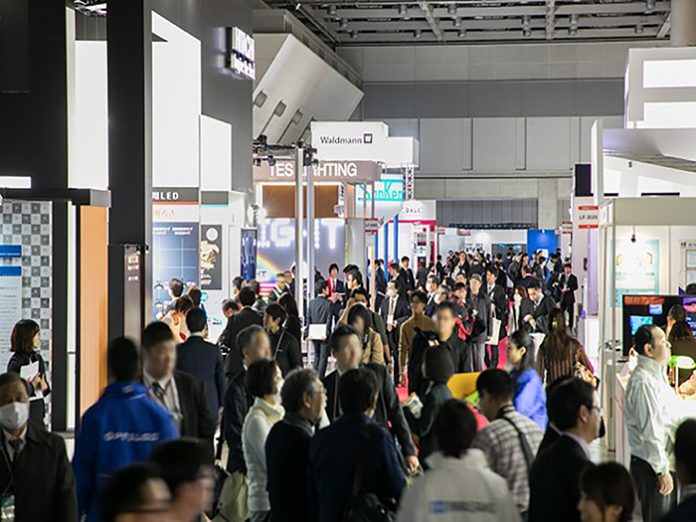 There were numerous announcements made over the course of the event including the latest lighting products, systems and components.

Along with the variety of displays provided by the exhibitors, visitors appreciated new lighting tech added by semiconductor lasers and natural light LEDs. The Japanese International Association of Lighting Designers also showed off collaborative projects from major Japanese lighting manufacturers and designers.

The event played host to a number of courses and talks for attendees. To kick things off, audiences were introduced with event talks from sports promotion leader, Saburo Kawabuchi and internationally acclaimed Japanese lighting designer Motoko Ishii. Following on over the next four days, there were 50 courses on offer, covering a variety of themes including International Lighting Design Seminar, and co_re_ca_light Stage and Studio – the most the event has ever accommodated in previous years to date. The co_re_ca_light Booth tour (covering the inside perimeter of the exhibition hall) and the co_re_ca_light After Dark Tour (covering the exterior) proved to be the most popular with participants, with the designers as guides to the venue, holding both.

All in all, the event was a success for both designers and exhibitors with satisfied audiences leaving with an abundance of information on new and current lighting products and future concepts to come.