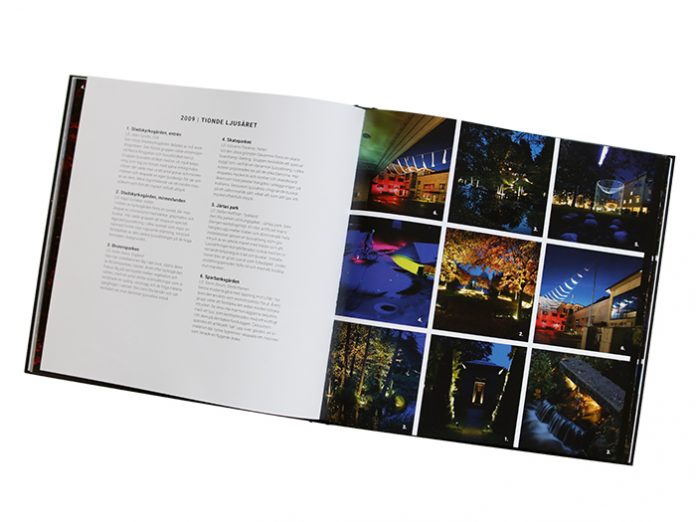 (Sweden) – Twenty Light Years from Alingsås to include photos from across festival’s history.

Organisers of the annual Lights in Alingsås festival have commemorated its 20th anniversary with a special retrospective book, entitled Twenty Light Years from Alingsås.

The book, comprised of photos from throughout the event’s history, tells the story of the event that put the Swedish town of Alingsås on the map, both locally and internationally.

Since it began, Lights in Alingsås has involved 136 of the world’s best lighting designers, 1200 students, and 400 student electricians, as well as attracting 1.2 million visitors.

Over the years, 80 locations have been illuminated, including local buildings, yards, streets, bridges, parks, tunnels, churchyards, a lake and a river.

Photographer Patrik Gunnar Helin has recorded the festival since its inception with pictures of every year and every installation. These photos have now been collected into a book of photos, along with a description of the works. The text for which was written by Kjell Hult, co-founder of the Lights in Alingsås festival.

“After 20 successful light years, it’s fun to be able to show pictures of all the fantastic lighting installations in this book,” said Jan Olofzon, Managing Director of Alingsås Energi. “We hope that it will give a lot of pleasure – surprising those who haven’t visited the festival, and awakening happy memories in those who have.”

Twenty Light Years from Alingsås will be released at the same time that this year’s Lights in Alingsås begins, on 1 October.