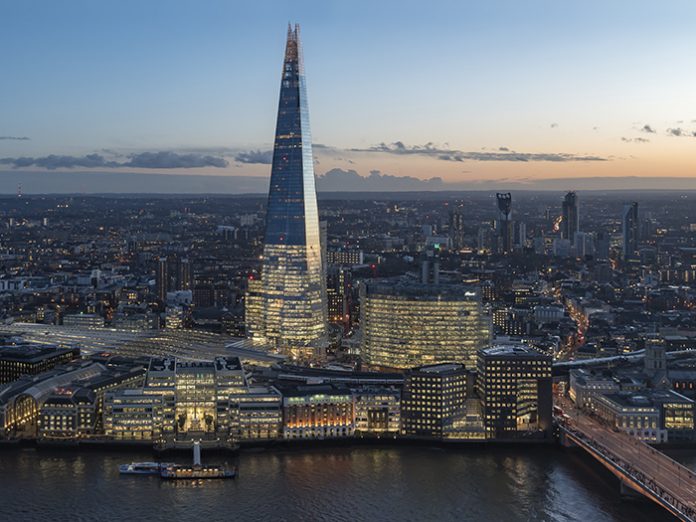 London’s oldest rail station has been brought firmly into the 21st Century, thanks to a major, full-scale renovation. Designed by Grimshaw, with lighting design from WSP, the new-look station creates a pleasant, welcoming hub for London’s commuters.

Originally opened in 1836, London Bridge Station is one of the oldest rail stations in the world. Handling more than 50 million customers a year, it is the fourth busiest station in London, and in 2013 underwent a dramatic, five-year refurbishment process that sought to bring the station firmly into the 21st century.

Upgrade work to the station included major track upgrades, a new rail underpass on the approach to the station, and platform widenings and extensions, allowing 30% more trains into the station and improving commuter journeys for decades to come.

Working alongside Grimshaw Architects, WSP developed the lighting design for the station, as Sacha Abizadeh, Associate at WSP, explained: “The refurbishment of London Bridge Station has been one of the most complex and ambitious rail station redevelopments in UK history, with an innovative lighting scheme at its heart.

“The scheme involved the design of an 8,000sqm concourse at street level, with a live railway running over the top on a viaduct, utilising existing brick arches, and a new deck supported on columns located within the concourse. Several parts of the station were heritage listed, and we incorporated these original features into the final design, while creating an attractive environment that allowed free passenger movement through the station from street to platform level.”

For the project to have maximum impact and usability, it was imperative that the lighting design was developed in parallel with the architectural design. This presented the challenge of coordinating across multiple disciplines in a short time frame, while always considering budget, buildability and procurement on a site with significant constraints. As Abizadeh explained, “it was a total engineering approach”.

However, the biggest challenge wasn’t coordinating the many different disciplines, but instead ensuring that the station was still operational during the extensive renovations.

“Completion of the design was subject to several significant challenges, including the need to provide permanent works to maintain the integrity of the Victorian arches,” he continued. “But the key challenge was to minimise disruption for passengers.

“With historical findings during excavations, design alterations and a hugely public space, we were required to be flexible and resilient to any changes that came our way. The complex construction strategy involved a phased demolition and reconstruction, with more than 70 sub-stages, ensuring that the station remained operational throughout the works.”

For the newly renovated station, the client’s vision was to provide a safe, cost-effective yet well-lit environment across the entire station, and as such the lighting design brief called for an installation that “embraced luminaire specification for all public areas, covering associated issues such as luminaire installation, maintenance requirements and safety procedures,” Abizadeh continued.

“By providing a uniform scheme with modern functional LED technology that blended into the architectural surroundings, this enhanced the building and its concrete, tiling and brickwork features. Highlighting the use of materials meant that the architects vision came to life, allowing the site’s history to mesh with the modern era.”

A key example of this approach can be found in the Victorian arches in the Western Arcade, which currently provides pedestrian access to and from the London Underground.

“The new station design lengthens the Arcade by more than double its current length and increases its width by approximately three times, with retail units either side of the central circulation vaults,” Abizadeh said. “The historic quadripartite vaults are grazed with a series of recessed mounted linear LED uplighters, enhancing the arch structures, form and texture, using warm white lighting, giving the space a welcoming feeling.

“In amongst the historic Victorian brickwork areas, the emphasis of the lighting was to provide passengers with a pleasant experience and to make their journey through the building effortless.”

Adding to this pleasant experience is the introduction of some striking new artwork from artist Mark Titchner. Commissioned by Network Rail and curated by Futurecity, Me. Here. Now. is situated in Stainer Street, the new pedestrianised walkway linking Tooley Street and St Thomas Street. The work comprises three giant polished stainless steel domes suspended from the ceiling of the new walkway. Mirrored inside and out, the domes reflect both the existing brickwork of the walkway ceiling, and the movement and colour of everyday life below. These reflections animate the domes, continually shifting the view in their reflected image; emphasising both the individual and their place in the wider community.

Titchner hoped to associate the experience of travel and commuting with endurance and the potential for self-improvement, reflection and spiritual growth. Each dome contains text, offering words of encouragement to passersby underneath and a moment of pause within the hectic transportation hub. The quotes – “Only the first step is difficult”, “The distance means nothing” and “One foot in front of the other” – can be attributed to 18th Century French noble Anne de Vichy-Chamrond, American post-hardcore band Fugazi and a self-help book, and according to Titchner, the circular shape of the domes acts as a metaphor for a journey without end: “As long as we continue to change, so does the world around us.”

Despite large parts of the station being underground, one of the key aims for the proposed lighting strategy at London Bridge was to optimise natural light and minimise artificial lighting, helping to reduce energy consumption. The street level concourse receives daylight via ceiling voids, as well as the external vertical glazing facing Tooley Street and St Thomas Street. Escalator shafts also allow daylight from the terminus rooflights to reach the circulation zones at street level. As part of its natural light studies, WSP also looked at how glare from The Shard – situated adjacent to the station – would affect both train drivers and passengers within the station.

“For the covered areas of the station, we analysed a daylight simulation model and determined which parts of the station concourse would be naturally lit,” Abizadeh continued. “The daylight levels allowed us to optimise intelligent photocell positions throughout the concourse level. This meant that artificial lighting would be reduced during quieter spells in the evenings and early mornings, making significant environmental gains. Dawn and dusk scenes were incorporated to transition the entire station from natural to artificial light, with the use of intelligent sensors to balance out the existing natural light with artificial lighting, reducing operational costs while providing the appropriate task lighting.”

Despite working within an old, pre-existing structure, Abizadeh revealed that developing the lighting design was a relatively pain-free process. “We progressed the lighting design through numerous iterations and reviews, and worked closely with the clients and architects to deliver the project,” he said.

“As part of the design, we created a full multi-discipline 3D BIM model including the lighting, which contributed to managing the stages, ensuring that any conflicts had been identified and designed out before construction of each stage commences.”

The process was helped by the near constant communication between the various teams, as Abizadeh highlighted: “The team, client, architect and design engineers were all based on site, which helped with forward design thinking, communication and decision making. By working side by side on site, we could communicate through weekly presentations, visualisations and mock-ups, and report back to the design team straight away.

“We worked closely with the other design teams to fully understand their requirements; lighting boom systems were created across the station to accommodate smoke detectors, speakers, presence detectors, CCTV, wi-fi antenna and a cable management system, helping to keep the ceiling clean and free from conduits, providing a pleasant passenger experience and making their journey through the building effortless.”

Commencing in 2013, the renovation of the station was completed in 2018, but despite this being a fairly long-running project, Abizadeh was happy with the extensive time-frame. “It was great working on the project for a long period of time,” he said. “It allowed me to gain a lot of knowledge from various design stages, and understand the client expectations.

“The project was subject to constant changes from the client, from the initial stages right through to the construction phase and beyond. As the lead lighting design engineer, I was responsible for re-coordinating all lighting services whenever one of these changes occurred. Changes included revised internal space layouts between secure and non-secure areas, revised lighting specifications and external landscaping.”

The extended time frame proved valuable though, as now the modernised station is fully befitting of its place next to some of London’s most iconic architecture. WSP’s lighting scheme, alongside Grimshaw’s architecture helps to create a pleasant, welcoming environment in the often stressful world of commuting in and around London.

“The lighting scheme transformed central London’s oldest station into a station fit for the 21st century,” Abizadeh concluded. “We created a striking, modern lighting scheme unique to the station, despite all of the challenges presented by the product, which was a fantastic achievement.”