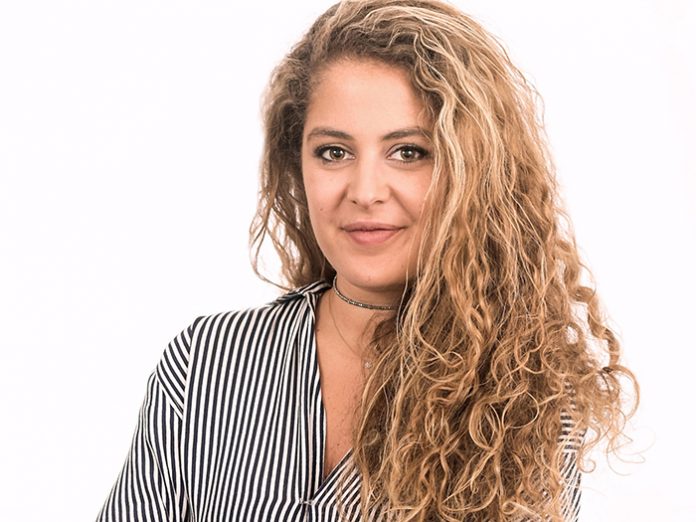 Following last year’s devastating explosion in Beirut, lighting designer Manal Kahale has been working with Light Reach on Light for Lebanon, an initiative designed to bring light back to the city. She tells arc’s Sarah Cullen all about the project.

Since the devasting explosion in Beirut in August 2020, which has been noted as the most powerful non-nuclear blast on record, lighting designer Manal Kahale has been working relentlessly to bring light back to the communities of the city to aid in its healing and repair.

arc Assistant Editor Sarah Cullen found out more about the lighting initiative, Light for Lebanon, from Kahale and how the journey to restoring power to the people of Beirut began. Kahale first became interested in a career in lighting after the desire to pursue numerous different career options as a student. It wasn’t until a close family member sparked the idea of lighting that she investigated an education in the field. “In the 3,980 possible professions I wanted to pursue, none were loosely associated with lighting design. But that started to change when my father began sharing article after article about how lighting design was making an impact on the world,” explained Kahale. “The simplicity of it was so mesmerising. You didn’t need a sea of concrete or a massive overhaul to create something beautiful. All you need is a light and an angle.

“I went to a French school growing up in Lebanon, then to the American University of Beirut for my Bachelor’s degree in Landscape Design and Eco-Management. After that, I went to New York City right away where I had applied to Parsons [School of Design | The New School], hoping with every bone of my body to get in so I could be in the city of lights learning about lights (as cheesy as it may seem now that I look back).”

After getting accepted at Parsons, during the summer between her two-year Master’s programme, Kahale worked a two-month back-to-back window to gain more experience in the lighting industry. It was during this time she was eager to “get a sense of where I wanted to practice lighting after I graduated: in the US or in the Middle East”.

Her first work experience placement in lighting was with Lumascence in Dubai where she interned for a month. Immediately preceding this placement, she took an internship role at One Lux in New York for another month, before classes at Parsons resumed. “Even if I didn’t have my answer yet, it made me feel good to have had a taste of both lighting worlds as I finished my last year at Parsons,” she reflected.

After gaining her work experience in Dubai, Kahale understood that “Dubai had bigger plans for itself than Beirut or any other Lebanese city, and it inspired me to urbanely modernise my home country someday as well.

“Honestly, it’s only when you get into the world of design that you pay attention to the layers of design. Some of them, such as lighting, are an intangible aspect, malleable and adjustable to our wildest imagination. So, why not pursue a career that will help me materialise my imagination?”

Prior to her graduation at Parsons, Kahale became acquainted with Stephen Lees of HLB Lighting, who helped her gain an insight into their offices and work ethics. This was shortly followed by a job offer: “I quickly took the job at HLB’s office in Los Angeles, where I spent four years with a great team working on over 25 projects.

“During my last year on the job, I was very lucky having three mentors in the firm – Teal Brogden, Tina Aghassian and Azusa Yabe – who each opened me up to new ideas and endeavours. I started playing with the idea of expanding the expertise in the Middle East, where I knew there was a need for professional lighting design. They taught me how to study this kind of project, but circumstances made it that upon my return to Lebanon, the revolution started and shifted my career path entirely.”

Kahale continues to receive help and support from her mentors, including Aghassian’s involvement in Light for Lebanon as a fundraising ambassador.

“HLB is not only a high profile and reputable studio, but also a school for lighting designers who wish to push the boundaries and improve each other’s presence in the industry. Being my first permanent position, it set the right benchmark for my future endeavours,” she explained.

Aghassian is also noted as one of Kahale’s top four lighting heroes she seeks inspiration from, not just in professional circumstances, but in personal too: “[She] is the heart. It’s all about the heart and how far it can take you.” She also notes three other female inspirations in the industry: “Teal Brogden: The feminine leader. Being around her is enough to learn how to talk about lighting and how to earn respect as a woman. I still catch myself asking ‘What would Teal do?’.

“Azusa Yabe: The Brain. Watching her juggle between life, work and still be on top of everything has always inspired me that we can have it all and still make the best out of it. And Nathalie Rozot: The Rebel. Challenging the normal attribution to the lighting world and showing me an entirely different world aside from the corporate one that needs as much attention.”

The blast in Beirut last year that led to the destruction of numerous buildings in the heart of the city ignited a movement of younger generations to help those affected by the disaster. “The blast impaired the city’s electrical infrastructure and plunged it into complete darkness after sunset,” remembers Kahale. “It was only when I was heading down to Beirut along with all the young generations in Lebanon to try and save families, friends and cultural heritage from the damage that I started seeing young professionals create groups amongst themselves to give back to our country. This active independent thrive we all felt inside inspired me to help out with lighting.”

As a direct effect of the loss of electricity, local communities were facing safety and security issues, with citizens deprived of street lighting and public space lighting as well as domestic interior lighting.

“I reached out to my former thesis professor at Parsons, Nathalie Rozot, remembering how her global charitable initiative Light Reach had supported communities in areas of disaster with a replicable solar lighting model. Within hours, we set-up to collaborate on a new Light Reach programme – Light for Lebanon – to help revive Beirut.

“And ever since, we have been working full-time trying to help residents feel safe at night without having to rely on a broken system, with a broken electric infrastructure, a collapsing economy and a pandemic to top it all off.”

Using her educational experience, Kahale incorporates all aspects of her Landscape and Urban Planning techniques when approaching new projects. “I like to look at the macro-scale – analyse the context to create a solution unique to the building, its community and the end user. Then I get into the micro-scale, studying closely the programme of the space, the wayfinding layer as well as the materials and the different effects it can receive, to finally proposing a layout that would make sense to the site itself, connecting fields involved in the project, in a uniform way.”

Light for Lebanon’s most immediate goal is to procure solar lighting to residents directly affected by the explosion. In addition, solar streetlights and solar security flood lights will be implemented in phases across the city’s affected areas. These steps will help lay the groundwork for the team’s long-term plans for solar lighting products to be repurposed and integrated into wider urban lighting masterplan initiatives and contribute to broaden the use of solar power throughout Beirut and in turn, Lebanon.

“We hope to achieve this by showing people that with all that’s going on, whether economically, politically, or health-wise, there is always a solution to having a right for light. And keeping the community involved helps create workshops that allow residents to understand the models applied and hopefully replicate in other cities, making a larger impact when it comes to sustainable design and economy solutions with a fossil fuel-free system.”

At the beginning of the initiative’s implementation in the community, Kahale noted their momentum was slowed due to the lack of efficiency in the public sector, but once they yielded positive results, there was something tangible to present to the residents.

“This helped us in picking up the pace of our operations, as more and more neighbourhoods flocked to us for assistance.

“We measure our success by the number of smiles we put on people’s faces during hard times, and we are fuelled by the potential positive changes to come. We hope to lift 1,000 homes out of darkness by Spring, paralleled by the objective we have for lighting up streets and entryways.”

Looking forward to 2021 and beyond, Kahale encourages fellow lighting colleagues to support the project, whether through funding or spreading awareness.

“We need all the support we can get to make it happen with an impact. The biggest contribution would definitely be in helping us raise awareness and funds. And after that, having individuals help on the ground in workshops or installations would be something we would be looking for as soon as we have all our ducks in a row to take on a few different locations in Beirut.”

Commenting on the current world of lighting design and her predictions for how the industry is moving forward, she said: “The lighting design world will become a necessity instead of a luxury.

“The complex layers of lighting will be changing so fast, adapting to the world and the fast-growing technology. We will be going from IES to LTD plug-ins to fully immersive virtual reality programme plug-ins. But this is the easy part in my opinion. The challenge would be standardising lighting design to be able to cater with one set of progressing tools, the developed, as well as the underdeveloped countries.

“As lighting designers, we are mediators between what the end user wants and/or needs, and the product demand; having the power to establish trends. And the future seems to be heading towards a conscientious trend, hopefully (post 2020-21 disasters).

“The entire world has gone crazy, but crazy inspires solutions and allows room for something new; this is what I am focused on.”

🇺🇸 Inside issue #123 🇺🇸 Opened at the

We’re back home after an incredible week in Myko

What a view! Not a bad way to start a Wednesday!

The [d]arc media team is in beautiful Mykonos for

A little #tbt to this time last week when we were

We are absolutely overwhelmed with the response to

📢 📖 Hot off the presses, the latest edition