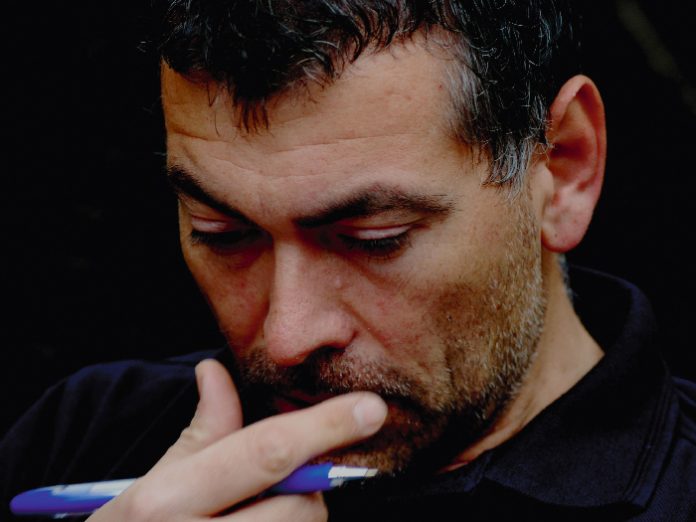 We talk to lighting designer Martin Valentine who has left his post as Lighting Expert for the Municipality of Abu Dhabi to become Global Design Director of Ligman Lighting.

What made you decide to become a lighting designer?

This is very easy to answer and timely: 1982 and Blade Runner was the catalyst that set me on this path! The film blew me away and I have had a fascination with light ever since. Now, as I answer you, just two days away from the sequel coming out and my new role on the horizon, it feels like some strange convergence is happening and I cannot wait to see it. I am keeping everything crossed for the new film just looking amazing at least and the new role I already know is going to be an exciting new chapter for me.

So if Blade Runner was the catalyst, then perhaps my height sealed the deal. At 6’4” in my first job in Troup Bywaters & Anders as an electrical engineer, I was the only one able to reach to change the fluorescent lamps in the office fixtures, so after having to also fix some and getting to understand the technologies, nothing else but lighting seemed to hold any interest for me any more. I began to specialise in the lighting on their projects, some of which were amazing to be part of, such as the UK Foreign & Commonwealth Office refurbishment in Whitehall. After that I never looked back.

I applied for the MSc Light & Lighting Course at the Bartlett School of Architecture and this really opened my eyes to how intricate and linked everything was with lighting. Shortly after getting my Masters, I spent a couple of years at Cannon Brookes Lighting & Design working on some really special and high end museum, gallery and private projects. Working with Stephen Cannon-Brookes was wonderful and I gained an appreciation of detail and preciseness that was lacking in typical building sector work. From there I joined AECOM, Faber Maunsell as it was then, to head up the formation of a national lighting specialist group. It was here that I really appreciated the opportunities internationally when Fabers became AECOM and we had interaction with many of the other offices worldwide. It was here also that I was fortunate to work on two key projects in my career, St Pancras Chambers and the Halley VI Antarctic Station.

What made you decide to become Lighting Expert in Abu Dhabi?

It was a call out of the blue from a wild Scots recruitment specialist from the UAE which I received whilst walking over Blackfriars Bridge in freezing driving rain. He said something along the lines of “I’m sunbathing on a yacht sailing off the coast of Dubai at a brunch…how do you fancy coming here and working for the Abu Dhabi government big man?”. Bent double against the rain and having lost the feeling in my fingers by then, I replied “keep talking…” and it started from there!

Once I flew out there and got to meet the managers at the Municipality I was really impressed with their vision and the fact they wanted to move forward with a sustainable lighting strategy that was not just paying the all too common lip-service I hear so often. What lighting designer would not want the opportunity to influence for the better the public lighting of an entire Capital City and Emirate!? What we managed to achieve with new lighting standards and completed projects over the seven years or so I was there is something of which I am proud and I hope they are too.

How did the move to Ligman come about?

I have known Ligman’s CEO Sakchai for many years. It just fell into place in discussing what our future plans were. One of the things I had in my role in ADM was literally hundreds of different lighting manufacturers and suppliers coming in with various products over the years. Ligman always impressed me with their ambition, but always backed up with quality and competitiveness which I could not ignore. I have been to dozens of factories in my career but what I saw when visiting Ligman’s facilities is second to none.

The time was right for a move back to Europe as well to be closer to family and friends. The role that we discussed and eventually agreed not only required this as an ideal, but was so exciting to me and feels unique to have such a large company with such clear and direct lines of communication wanting to have a senior designer on board. I relish the chance to work on an international level and within all the regions Ligman operate, but also having the UK and Europe as one of the primary focuses works for everyone.

What are your plans for Ligman going forward?

I have known Craig Stead for so many years I don’t want to work out exactly how many as it will make us both feel old. When Ligman appointed Craig as UK and EU Sales Director this was wonderful news to me as I cannot think of anyone else better for the role. There will be many more announcements for Ligman in regards to the European structure and expansion. One of the things we wish to promote more in the future is lighting design education and the facilities to promote and undertake this are being planned in a number of locations. I look forward to this aspect of my role as well as the chance to work with the R&D teams on new product ranges and working closely with the lighting design community to bring them what they want.

I look forward to events such as PLDC and Light+Building in which I can be on the other side of the fence for the first time. I look forward to supporting the Ligman sales teams around the globe and working in aligning local and international needs and I really look forward to the challenge of keeping up with the pace of what I know is happening.

How do you see the future of lighting specification?

This is a tough one as I know, for many big manufacturers, the idea of specification sales is becoming secondary in their future aims as compared to ‘solutions’ or in my mind just cutting out the middle-man lighting designer/consultant and offering the whole package of design, supply to end users. Whilst I can appreciate for a handful of sectors this might be all that is possible, the vast majority of projects need designers and someone able to discern, select and deliver the best for the client.

So I know we wish to provide a portfolio of specification products that are for designers and consultants and this will never change. If someone wants design we can provide this to a very high quality, but I think it is important to be there for specifiers if needed. I feel that we are not alone in this thankfully and long may this last.