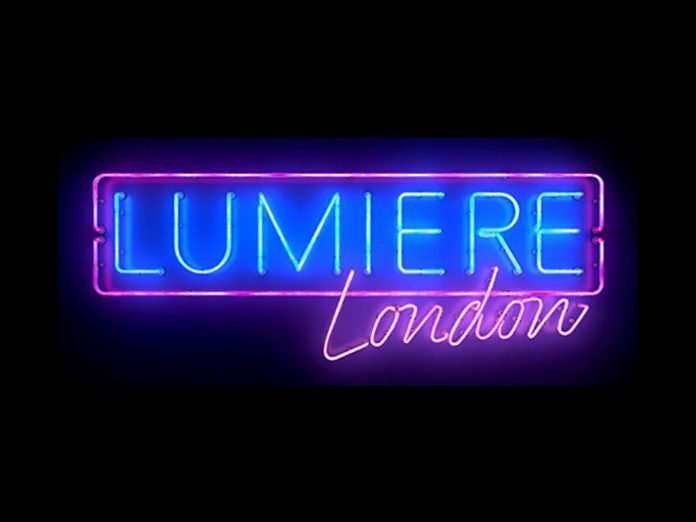 The Mayor of London has welcomed the first Lumiere light festival, taking place over four nights from 14-17 January 2016. Lumiere London will be a free-to-attend event, produced by Artichoke and supported by the Mayor of London and VisitLondon.com, with founding support from Bloomberg Philanthropies, Heart of London Business Alliance and King’s Cross, and additional support from a raft partners and sponsors.

Lumiere London will be the first major light festival in the city, an event to rival international festivals such as Vivid Sydney, Berlin’s Festival of Lights and Fête de Lumières in Lyon. It will take place over four evenings across more than 20 landmark locations in London’s West End and King’s Cross.

Artichoke, one of the UK’s leading creative companies, has produced a biennial Lumiere festival in Durham since 2009. It has unveiled the programme for the fourth Lumiere festival in Durham, 12-15 November 2015. Taking place during UNESCO’s International Year of Light and Light-based Technologies, Lumiere is commissioned and funded by Durham County Council with additional support from Arts Council England and a raft of sponsors.

The fourth Lumiere festival will see some of the world’s most eminent artists transform Durham City’s unique urban landscape and architecture into a magical nocturnal adventure. Artists include Janet Echelman from the US, Fujiko Nakaya from Japan, Catherine Garret from France, as well as two French pioneers of digital art, Miguel Chevalier and Patrice Warrener.

Alongside international artists, County Durham’s residents will be playing a starring role in this year’s festival. Working in collaboration with Lumiere artists locally produced ideas include Home Sweet Home and Precious. More than200 local people will also help Durham shine as they take on the role of Festival Makers, supported this year by Northumbrian Water.However, this is the first time the company has brought the concept to London. Pioneering international artists have been commissioned to create works for the festival, giving visitors and Londoners the opportunity to see the city in a new light.

This new festival will reinforce London’s global reputation as a leader in culture and the arts and is expected to draw visitors to the capital from the UK and around the world at a traditionally quieter time of year.

The sites for the installations will include some of the city’s most iconic buildings and locations. As with all Artichoke projects, an element of surprise will be integral to the experience and the exact locations will remain under wraps until closer to the time.

British artist Julian Opie has been commissioned to make a major new work especially for the festival, supported by Shaftesbury PLC. He will join more than two dozen international artists, performers and designers who have been invited to transform London’s iconic streets and architecture using the medium of light. US artist Janet Echelman combines ancient craft techniques with cutting edge technology for her vast aerial net sculptures inspired by natural phenomena. 1.8 London is a new work constructed from thousands of feet of knotted twine. The sculpture is inspired by the 2011 Japanese Tsunami, which sped up the earth’s vibrations and temporarily shortened the length of the day by 1.8 micro-seconds. Floating high above a central London meeting point, the delicate simplicity of Echelman’s work belies the architectural precision and complex rigging involved. Audiences will be able to change its light and patterns via a specially-created App, powered by Atom Bank.

Paris-based Irish artists Anne Cleary and Dennis Connolly use innovative new technologies to make huge interactive projections and describe their work as ‘observer participation’. Cleary Connolly’s Joining the Dots is a new commission by King’s Cross, developed from the artists’ recent collaboration with perceptive psychologists and composed with people from the local community. BinaryWaves by Belgian art-studio LAb[au] has its roots in the cybernetic art of the 1960s. Transposing the electromagnetic waves that carry telecommunications into light, sound and motion across 40 undulating illuminated panels, the work responds to the everyday rhythms of the city.

Helen Marriage, Artichoke Director and curator of Lumiere London said: “Lumiere London is the first Artichoke event in the capital for six years and marks the opening of our 10th anniversary year. Free and accessible to all, it brings great art out onto the streets, beyond the closed spaces of the gallery or the concert hall”.

“Lumiere was born in Durham and its incredible success has been recognised across the world. Lumiere London will be a very different event with its own artistic programme, but the principles remain the same”.

The Mayor of London, Boris Johnson, said: “Lumiere London will be a dazzling new festival for the capital, designed to expel the post-Christmas blues and bring a much needed fillip for businesses and the public during dark and dreary January. It’s another example of our city’s creativity and its unrivalled cultural riches, which draw visitors from around the world and bring billions to our economy.”

Artichoke are working with Team London, the Mayor’s volunteering programme for London, to recruit over 200 volunteers from across the capital to help make the festival a success. From sharing knowledge of the city and recommending places to eat and drink, to helping audiences discover more about the art works.