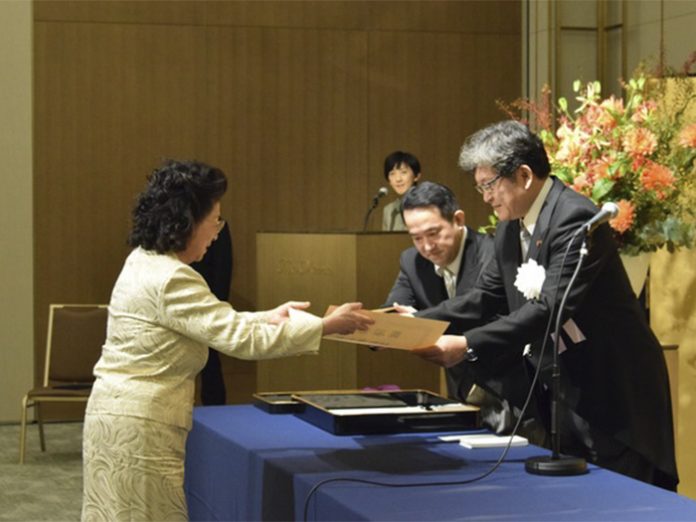 (Japan) – Ishii is the first lighting designer to receive the award.

Motoko Ishii has been honoured by the Japanese Ministry of Education, Culture, Sports, Science and Technology as a 2019 Person of Cultural Merit – the first lighting designer to be awarded with this distinction.

The presentation, held on 5 November 2019, honoured 21 Persons of Cultural Merit, selected for their cultural and scientific contributions to society. Other recipients included Akira Yoshino, one of three winners of the 2019 Nobel Prize in Chemistry; movie director Nobuhiko Obayashi; manga artist Moto Hagio; and Shigeru Miyamoto, director at Nintendo and creator of video game franchises such as Mario, Donkey Kong and the Legend of Zelda.

MEXT Minister Hagiuda Koichi commended the winners for their outstanding achievements and tireless efforts, which have contributed to the advancement and development of Japanese culture, along with their devotion to teaching and fostering the younger generation.

The minister also expressed his deep respect for the awardees’ family members, and others who supported their efforts and achievements. He added that he hopes the awardees will continue advancing their work, and asked for their dedication to further the development of the nation’s culture.

The Persons of Cultural Merit system, established in 1951, selects people who have made outstanding cultural contributions for the advancement and development of Japanese culture.