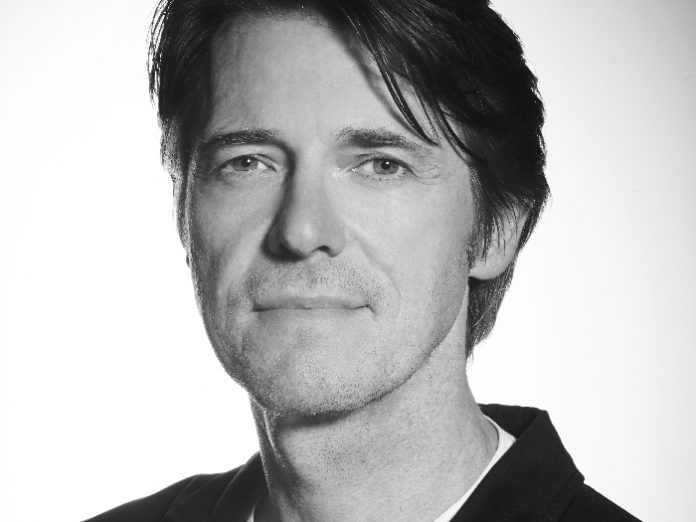 During an apprenticeship in the project design office for Pfizer in Kent I was working at a drawing board draughting record plans of a project I helped to install. It was the first environment I’d been exposed to where people were trained and educated professionals and I saw there was another future open to me. It made me realise I could pursue formal education if I wanted and I applied to Medway College of Design to do a photography diploma. The course was full and I was told to apply next year, so I moved to London and traded on my draughtsman’s skills, working for good money in construction firms. I developed design skills and it was a really interesting time, so I didn’t re-apply to Medway. I was then recruited above my skill level in a consulting engineering practice and then I got to experiment in lighting and I was hooked. I went to work in an architect-led multidisciplinary office to focus on and develop my specialism and decided to get a decent qualification, so I studied for a four year part-time degree at South Bank University.

When and how did you start Light Bureau?

In 1998 I was due to get married and as I worked in the same firm as my fiancée, I chose to leave and to see how I could cut it in a dedicated lighting firm instead of being a specialist in a generalist office. I had some good options but only one company talked to me about career development and I went there, but it was design and supply so I had new barriers to working with some clients and architects and that frustrated me. I couldn’t see any point warming up contacts at the firms I had spoken to ten months previously, they still wouldn’t be talking to me about long term opportunities, so I decided to chance it myself. All of the projects I was working on were clients I had brought myself and I was promised more if I took the big step of self-employment. My first day in February 1999 I started work on Accenture’s new headquarters in London – not bad for a fledgling one man band!

Name some of your memorable projects. Why do they resonate?

Apple Computer, Stockley Park because that’s where I negotiated out of a bad design solution that the architect was insisting on to a better one I could foresee. It was difficult and stressful but the result was better than I had imagined and the architect and client were very happy. Until they told me I had been right it never occurred to me what the implications would have been if I had been wrong! Boots the Chemist at Bluewater on the other hand was a disaster – I was not so experienced in retail and I underestimated how much ambient and nuisance light would reduce the visual impact of a feature wall I designed. A more recent notable project would be the Yellow Pavilion, which was ephemeral but which embodies key principles that Light Bureau upholds – it’s simple, visually strong, uses very few products and they are discrete, and throughout the whole process we validated and curated. As we say, Light as Craft.

How did the ÅF Lighting deal come about?

My good friend Kai Piippo and I started our companies about the same time and we met in Prague on an early ELDA AGM and bonded on an intensive ‘cultural’ weekend. Since then we’ve compared stresses and problems, which is common with people who start a design firm with no aptitude (or desire) in running a business. I was shocked when Kai sold to ÅF but every time I saw him after that he was looking increasingly relaxed and fulfilled – he was working on great projects and getting them done because he had the support and structure that our businesses tend to lack, led as they are by designers, not by business people. When ÅF decided to step outside Scandinavia and go international, they put the pin in London and Kai made an intro. Nineteen years after starting Light Bureau I was ready to become part of something significant and all of my colleagues saw even more benefits than I did, so it’s been a unanimous and inclusive process.

How do you think being part of ÅF will benefit both companies?

ÅF wanted to become truly international, although they had a lot of that happening already. Light Bureau has always done a significant amount of overseas projects so that was a good fit. With ÅF, Light Bureau gets access to some incredible specialisms and some substantial resources; we’ve missed opportunities in the past by lacking some areas of expertise or reference projects and now we have access to more than 100 designers and a massive and impressive portfolio. ÅF really value the quality of Light Bureau projects and how we work, there are some really good synergies and from signing the contract in October it’s been positive and very big-picture. The enthusiasm and drive are very infectious qualities.

Will your role be changing?

I will continue to run Light Bureau and we will carry on trading under this name, as it seems to have significant meaning and value. We’ve spent a long time building our brand and reputation. I make no secret of the fact I am under contract for three years during which time I’ll earn-out, but after that I fully expect to stay on and negotiate a new contract and continue. But as part of ÅF the remit expands and I am part of the advisory board as it’s called and will work on strategies for developing the profile and business for the whole of ÅF Lighting, not just Light Bureau, also on training and education for our designers – we are developing our own ÅF Academy, which really motivates me.

Do you think mergers of lighting design practices is something we’ll see more of?

Yes, I think so. Lighting has become a very interesting aspect of construction design and bigger firms who previously only focused on their core activities of, typically, consulting engineering and architecture now see the real value that a well-realised lighting deign can bring to a project. It brings prestige to such a company and they want to be able to provide this service as part of their overall business offer. Lighting design does suit a small business profile and is scalable, from one person at a kitchen table, but when you hit double digit designer numbers and into the teens, there’s usually a lack of structure that makes up-scaling difficult. So I think that mergers and acquisitions like this could become more common.