(UK) – The exhibition will run at Somerset House from 7 December – 5 January.

Phos has announced that it will be illuminating the Museum of Architecture’s Gingerbread City for its fourth annual Christmas exhibition.

The show, based in the iconic Somerset House, runs from 7 December – 5 January, and sees more than 100 architects, engineers and landscape artists create an entire city out of gingerbread. Its aim is to connect the public with architecture in an exciting way and spark important conversations around cities and how we live in them.

This year’s exhibition is based around the theme of ‘transport’ and models of Battersea Power Station and the Tate Modern are just a few tipped to be on display during the show.

Phos will be working with MoA to illuminate the Gingerbread City with its architectural lighting products, ranging from LED strip and bespoke products, to the new Orba, that was launched earlier this autumn. The range of LED lighting fixtures chosen by the company will help to create a visually stimulating display that brings the city to life through light, and enables it to be fully enjoyed by visitors.

James Cadisch, Development Director at Phos, said: “We are thrilled to be taking part in such a wonderfully festive show, that not only introduces architecture to a new audience, but champions sustainable design ideas. The lighting design will help visitors fully engage with the city, while putting the designs firmly in the ‘spotlight’.” 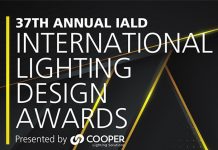 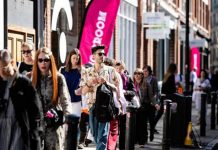 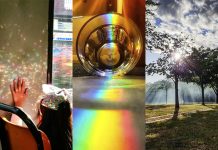