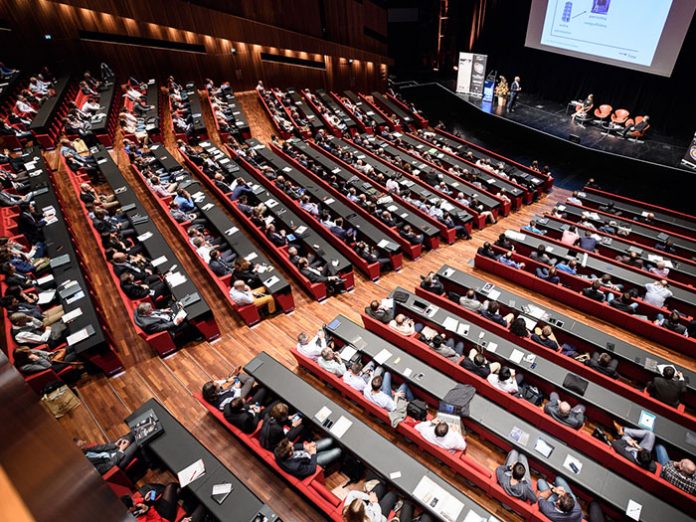 (Europe) – The first combined LpS and TiL event, held in Austria at the end of September, has been declared a success by organisers after more than 1,600 visitors attended the joint shows.

The organisers of TiL 2017 (Trends in Lighting Forum & Show) and LpS 2017 (LED Professional Symposium +Expo) have hailed the combined event a success, after welcoming more than 1,600 visitors to the Festspielhaus in Bregenz, Austria.

Alongside the high number of visitors, more than 130 exhibitors and around 100 speakers at the shows focused on a number of lighting topics, including Human Centric Lighting, Connected Lighting, Smart Controls, IoT, Light as a Service, Agriculture and Healthcare. Future visions, innovative technologies, trend insights and research findings were shared in lectures, workshops and forums.

The workshops, carried out by organisations such as Bluetooth SIG, Photonics21 and EPIC, gave participants hands-on experience and the chance to explore light and its possibilities. They covered a range of subjects including miniaturisation, LiFi, and the potential of Bluetooth and IoT.

As well as a successful series of lectures, workshops and forums, LpS and TiL 2017 presented three awards during a special presentation in the main lecture hall; the LpS Technology Award, the TiL System Award and the LED Professional Scientific Award.

The LED Professional Scientific Award went to Dr. Ekaterina Nannen from the NanoEnergieTechnikZentrum (NETZ) at the University of Duisberg-Essen, for her paper, which deals with alternative techniques for light generation.

The LpS Technology Award was presented to ams AG for its AS7221 Tunable White IoT Smart Lighting Manager, while volatiles lighting won the TiL System award for its VOLATILES display system.

Speaking after the show, Event Director Siefried Luger said: “LpS 2017 and TiL 2017 was a truly immersive experience, which helped to close the gap between application, design and technology. Light quality, digitalisation, Human Centric Lighting and connected lighting were the striking key trends.”