(UK) – Nigel Harvey, Recolight CEO, believes there are three areas in the WEEE directive in which change is needed.

Recolight CEO Nigel Harvey has recommended changes to the Waste Electrical and Electronic Equipment (WEEE) directive, at an event to mark the 12th anniversary of the commencement of the WEEE regulations in the UK.

“Over the last three years, there has been a material decline in the tonnage of waste lamps collected in the UK, along with other WEEE”, said Harvey. “Fresh thinking is needed to reverse this decline.”

He proposed three areas in which change is needed: more ways for consumers to return their waste; tackling online “freeriders”; and more enforcement powers for Agencies.

“We need to give consumers more options. Those options should include providing kerbside collections of WEEE and requiring high street retailers to take back WEEE instore.”

Many of these changes, Harvey suggested, can be achieved by a review of the Distributor Takeback Scheme, which currently allows retailers to opt out of providing a WEEE takeback service.

“We found that 76% of LED light bulbs offered for sale on one marketplace were not WEEE compliant. These producers avoid the costs incurred by companies that follow the law.

“We are delighted that the government has now consulted on making online marketplaces responsible for the packaging compliance of product for which they facilitate the import into the UK. What is now needed is for the government to adopt that same approach for WEEE.

“Ensuring that online retailers, and all producers, bear their fair share of WEEE costs should minimise or even eliminate any additional burden on compliant producers and high street retailers.”

“If we change the law to tackle freeriders, it is also vital that the agencies have better enforcement powers,” he said. “That should include statutory fines for free-riding producers.

“The existence of an annual compliance fee every year since 2013 means it is possible to calculate, to the nearest penny, the costs avoided when producers do not comply. That creates the ideal base cost for a statutory fine.

“Implementing this mechanism would, at last, create the fair system that compliant companies crave.” 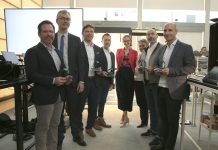 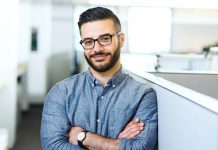 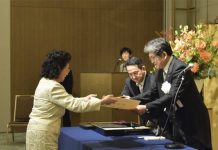