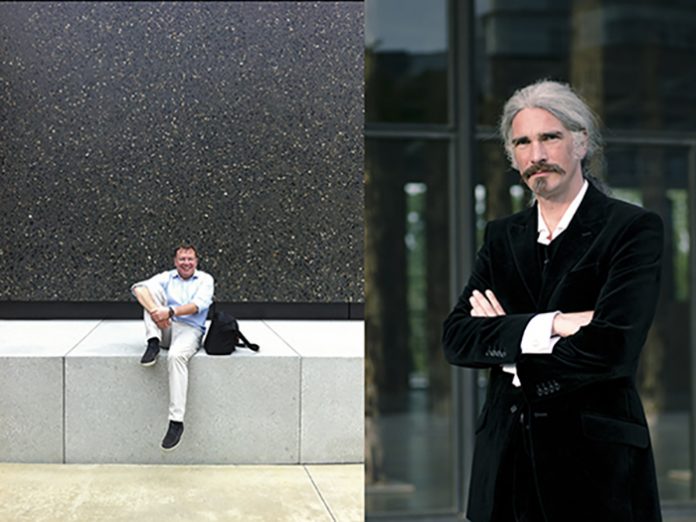 David Chipperfield Architect’s portfolio of international work spans over 30 years with examples of their prestigious buildings found in diverse nations from Mexico to Sweden. With offices located in London, Berlin, Milan and Shanghai they are well placed to deliver their expertise globally.

The Berlin practice has recently been highly acclaimed for the renovation of the culturally significant Neues Museum in Berlin; an intricate and difficult project, which took over twelve years from start to completion. It boasts some of the most carefully considered and beautifully detailed design ever seen in a museum refurbishment project; all of which works to deliver impressive, flowing and tactile spaces glowing with natural light. It is this very specific approach to light as an intrinsic part of architecture that can be argued as breathing life into DCA’s designs.

The Berlin office is now working on another renovation project for Die Neue Nationalgalerie from Mies van der Rohe, also based in Berlin. This is one of Germany’s most important contemporary art galleries and a jewel of late modernist design in which the play of light, shadow, space and the structure of the building are as important as the exhibits. The practice admits to having a democratic and consensus approach to the design of their projects, which is promoted by David Chipperfield himself. This is facilitated through specific team structures that help to deliver clarity of communication. Each office around the world is staffed by architects and support staff but led via a team of directors who shadow and enable the project managers and architects in their work. Many of the directors have unusual and diverse backgrounds, which help the offices with the delivery of their specific approaches to design. I spoke to Design Directors Rik Nys, from DCA London and Alexander Schwarz from DCA Berlin to try and find out how they work with light as part of their architectural palette.

Schwarz originally trained as a violin maker, but despite being rewarded and happy in this profession, found it lonely and partly based in a bygone time and culture. He wanted to extend his expertise to deliver more holistic and universal designs, so decided to study architecture in Stuttgart at the ETH Zürich (Eidgenössische Technische Hochschule). It was in Stuttgart where Schwarz met Chipperfield who was working as a guest professor there and asked Schwarz if he would like to join his practice. In 1996 Schwarz went to work for DCA in London on the competition for the Berlin Neues Museum. After winning the competition he moved to Berlin in 1998 and became one of the founding members of the Berlin office. DCA was the first architectural practice that he had worked for and he found this experience, together with that of the design for the Neues Museum, as life changing. He describes the design process for the museum as being like a ‘second study’ for all the designers and the museum directors who worked on it, and seminal to the definition of the DCA office culture and attitudes.

When asked about the most interesting and influential projects for DCA in terms of lighting design Schwarz cited the Neues Museum, the James Simon Gallery and the Gallery building ‘Am Kupfergraben 10’ which are located near to the Neues Museum in Berlin; but also The Hepworth, Wakefield gallery in West Yorkshire, UK, the Museum Folkwang in Essen, and from a personal perspective the Museum of Modern Literature in Marbach am Neckar; which is located near to his home town, and is the birth place of Friedrich Schiller and houses many of Kafka’s original works, including ‘The Trial’.

Schwarz considers daylight to be the most important form of architectural lighting with it often acting as the richest material. He believes it to be at the core of architecture and the most interesting phenomenon with its ever-changing fluid nature lending the experiential qualities to space and the perception of the architecture. In the context of the Neues Museum, it is used with subtlety to help guide visitors through the exhibition spaces enabling them to democratically choose how to view the exhibits without being specifically directed. He sees this approach as particularly successful in the Egyptian courtyard where the valuable Armana collection is displayed.

Schwarz considers that careful modulation of both natural and artificial light are important when defining and controlling space, right through from the skin of the building to its interior. He describes the recycled glass cladding of the Folkwang museum as having a special quality somewhere between that of glass and stone as it “kind of eats up the light and then radiates it back”. In the Museum of Modern Literature, lighting is used sparingly to protect the valuable manuscripts but also to create the appropriate contemplative atmosphere. He believes that lighting defines the mood of a space and that “if you light a room well, a person and the art can be seen in the same light”.

Achieving the specific lighting in a building requires attention to its material qualities and working with those who understand them. DCA have often worked with engineers Arup in the UK and Germany to achieve this, and with key designers such as Andy Sedgwick, who Schwarz describes as “being a pleasure to work with”.

Schwarz’s experience as a violin maker taught him the process of making, and gave him an understanding that architecture is also about making things albeit doing so in a dirty and heavy environment with a specific palette of materials including light. He believes that in this environment you must discover where the boundaries lie; learning to work with and love these boundaries thus defining the limitations of architectural possibility and the starting points for creation; bearing in mind that these boundaries are culturally specific and need to be respected. Any battles waged to be carefully chosen.

DCA’s approach to lighting design varies according to projects and within the different offices and as relevant to the design brief. The London office is now working on retail projects including the refurbishment of and design of new space for the Selfridges department store on Oxford Street, London. According to Rik Nys, Design Director in London, this project requires a number of different design solutions including those for shop windows, which interface with the street and connect the merchandise environment with customers and the products available inside. Within the retail space, market streets are created to connect specific brands and sales messages using material and light to sign routes and directions through the store. The aim of this is to create holistic identity but not to override individual brand identities. Here design is often used to focus attention and provide orientation.

The contrast of light and dark, umbra and penumbra are allowed to define space using a variety of different lighting fixtures and luminaires but also importantly natural light. Nys who said: “and when I say light, I almost always mean natural light,” is adamant about the importance of daylight as part of architectural design.</p> <p class=”p1″>Similar to Schwarz, Nys has an unusual and varied background; as a Belgian he studied architecture in Ghent, Louvain and at the Architectural Association in London. He also studied history and philosophy and has taught extensively in schools of architecture. Again like Schwarz and the DCA approach, he champions an understanding of the processes involved in actually making things as integral to the production of good design. This vitally includes for the building of scale models of buildings and building components which can be used to tangibly understand space and model light together with other aspects of a building’s design such as façades and shading etc. Such models are also important to communicate designs and design intentions to clients and are often much more useful than digital models in achieving this.

Nys admits that creating the desired lit environment for a space also often requires the production of special luminaires and to do this DCA have built up relationships with a number of manufacturing and design partners including Artemide, Viabizzuno and Zumtobel. The production of such individual design items means that the identity of the architecture can be reinforced and supported, but also creates design items that can be used as part of other projects and potentially by other architects and designers.

Schwarz and Nys have different but similar ideas about the use of light in architecture, but their combined approaches start to describe an overall DCA philosophy. A central theme of this is the use of natural light as a key design material but also the use of intricate and careful details and a respect for cultural significance and meaning. Light is used to build architecture and experience, and to focus, guide and reflect attention within physical, emotional and intellectual space, allowing for relevant boundaries to be observed.