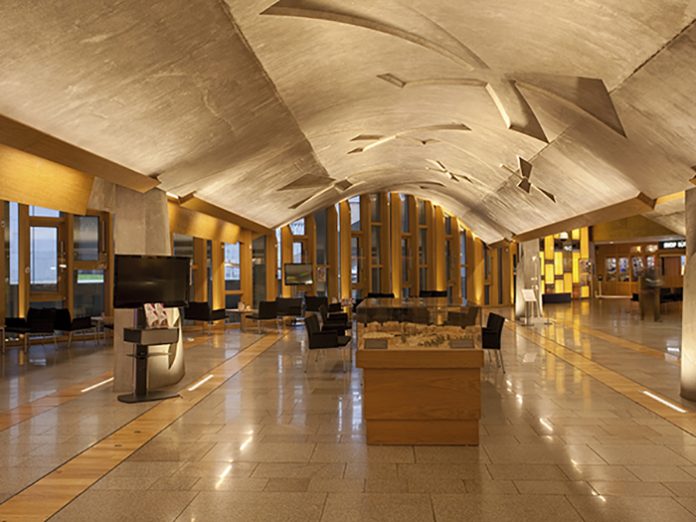 The Main Hall in the Scottish Parliament building is the primary public space within the complex. Apart from being the principle meeting point and reception, The Main Hall also hosts a programme of exhibitions and events. As per the original architectural intent, this is a transitional space before continuing into the very brightly lit debating chamber above. The preexisting lighting scheme was based on track mounted spotlights set into the lowest point of the concrete vaults, the lit result from this was uneven and caused glare problems for many visitors, particularly those with visual impairments. Generally the users noted that the experience of the space was gloomy.

The lighting scheme put together by KSLD provides lighting to the concrete vaults and accents the sculptural ‘flame’ columns and warm timber surfaces. During the project the team reviewed the architect’s original visuals for the space and found it was clear that upward lighting was intended, however the LED technologies which make this simpler to achieve were not available when the building was constructed. Besides the warm white lighting, KSLD incorporated a parliamentary purple scheme to enhance the space during events.

Lighting is integrated within new timber coves with detailing following on from the existing architectural pallet. Although it is now a warmer and more welcoming space, the architect’s intent of a visual progression has been maintained.