A recent scientific study focusing on the positive effects of the light spectrum on sleep quality, visual comfort, well-being daytime alertness has been published.

Conducted by Prof. Christian Cajochen and his team at the University of Basel in Switzerland, the study is entitled Effect of Daylight LED on Visual Comfort, Melatonin, Mood, Waking Performance and Sleep, and was published in the Journal of Lighting and Research Technology on 24 March 2019.

There has been an increase in research activity on the relationship between light and human bio-function. It is well established that light is one of the strongest control factors for human circadian rhythms, such as the secretion of the sleep promoting hormone melatonin. Thus, optimal lighting condition during daytime are crucial to prevent circadian rhythm disturbances which can lead to sleep disorders and other life-style related diseases. Over the past ten years, there have been related scientific studies in the fields of sleep, chronobiology, physiology, as well as the impact of light quality in elderly care.

According to Prof. Cajochen’s research, LED light sources with the same measured correlated color temperature (CCT) and intensity, but different spectral output, can have different effects on human behavior and physiology. LED light sources with a spectrum close to natural sunlight produced better visual comfort, more alertness, and happier moods in the morning and evening among the test participants, compared to those exposed to conventional spectrum LEDs. The research tested subjects’ visual comfort, circadian physiology, daytime alertness, mood, cognitive performance, and sleep after being exposed to both conventional LED light, and natural spectrum LED light for 49 hours in a laboratory setting.

The study tested an LED lighting solution mimicking a daylight spectrum on visual comfort, circadian physiology, daytime alertness, mood, cognitive performance sleep. Fifteen young males twice spent 49 hours in the laboratory under a conventional-LED and under a daylight-LED condition in a balanced cross over design flanked by a baseline and a post-light exposure night. Despite different light spectra, the photopic lux and the correlated temperature of the lighting were the same for both LEDs. The rendering index and the were 25.3% and 21%, respectively, higher for the daylight LED than the conventional LED.

The volunteers had better visual comfort, felt more alert and happier in the morning and evening under daylight LED than conventional LED, while the diurnal melatonin profile, psychomotor vigilance working memory performance were not significantly different.

Seoul Semiconductor, who developed the SunLike Series natural spectrum LEDs in collaboration with Toshiba Materials’ TRI-R spectrum technology in 2017 as the first LED light source closely match the spectrum of natural sunlight, has welcomed the study.

“This research conducted by the University of Basel suggests another important aspect to the evolving direction of artificial light over the past eighty years. In addition to the properties of energy efficiency and long life, we have added the factor of ‘human well-being’ to modern LED light sources,” said Nam Ki-bum, sales executive vice-president of Seoul Semiconductor. “As the world’s first mass-produced LED devices to achieve natural sunlight quality, SunLike Series LEDs are advancing lighting technology in this important area as we continue to respond to market needs from our customers’ lighting applications.” 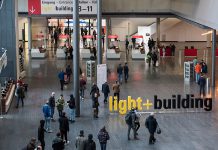 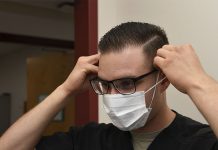 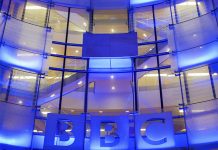