Located 30 minutes from Reykjavik, Iceland, is the Raufarhólshellir Lava Tunnel – a newly opened attraction showcasing the power, and beauty, of nature.

Formed as the result of massive eruptions 5,000 years ago, the Lava Tunnel is one of the longest such phenomena in Iceland at 1360 metres long, and features a majestic yet intricate interior collage of colours and textures.

Near to the entrance of the tunnel the ceiling has caved in, creating three beautiful columns of light. At the far end, it branches into three smaller tunnels where magnificent lava falls and formations are clearly visible.

These geological wonders have now been revealed in all their splendour thanks to a creative lighting installation from Nordic firm EFLA.

Agust Gunnlaugsson, Senior Lighting Designer at EFLA and the man behind the scheme, explained how the company joined the project: “The owners of the tunnel had visited the Langjökull Ice Cave, an earlier project of ours, and really liked what we had done there.

“We had a conversation about the project and how important it would be for the project to have a well-planned lighting scheme to perfect the guest experience, with lights, cables and other equipment as invisible as possible.”

From the offset, the aim of the lighting design for the Lava Tunnel was to develop a strong interaction between contrasts, light and shadow, to intensify the natural colours and emphasise the geological highlights of the tunnel. To complement this aesthetic, it was important that all lighting was unobtrusive, fitted and concealed, with minimal impact on the environment and the biology and ecosystem of the tunnel.

“Our mission was to ensure that the lighting was as harmonious and integrated with the environment as possible, with the overall goal of producing a unique, adventurous visitor experience,” Gunnlaugsson added.

The lighting concept also helps build some subtle drama and anticipation for visitors as they pass through the entrance and walk 400 metres into the tunnel. At this point, the tunnel is plunged into total darkness and complete silence, apart from the odd water droplet. After a minute, the guide uses a hand-held remote to activate a pre-programmed lighting sequence, where each element of the rock and lava is illuminated and highlighted individually, as the guide explains their related geology and history.

Alongside the lighting scheme, EFLA installed an elevated walkway, allowing for guided tours to safely take visitors deeper into the tunnel, showcasing its copious interiors and exquisite magical atmosphere. As with the lighting, this also had to blend into the surroundings, as Gunnlaugsson explained: “The rustic steel ramps, staircases and pathways were also designed by EFLA. They fit exceptionally well into the environment and become a part of the environment, rather than an uninvited guest there.”

EFLA used 100 Anolis ArcSource Outdoor fixtures with various lenses throughout the tunnel, scattered all over the bed of the cave, secreted behind rock sills and tucked into crevices, arranged – with the help of an installation team of professional climbers – to be completely out of sight.

Installing these fixtures, and making sure that they remained hidden, was just one of the challenges that came with working within such an unusual and testing environment.

“It took a lot of testing on site to find the right spots, out of sight for visitors, with the right lenses and the right colours, finding ways to hide the cables and distribution boxes, and so on,” Gunnlaugsson continued.

“In the beginning it was very difficult to travel through the cave. It was very slippery, with a great altitude difference – big rocks that we had to climb over with heavy and expensive equipment.

“It was not so much fun when you got into the cave bottom and found out that something had been forgotten outside! But it got easier once the stairs and paths had been finished later on in the project.”

Most of the real location work for the fixtures, finding the right spot and testing each fixture had to take place on site, as the tunnel is not the kind of scenario that could be easily or practically visualised. For every location, a light source with suitable lumen output and beam angles was positioned, aimed, focused and colour-adjusted to capture the intricacies, native colours and surfaces of the lava rocks.

The pathway lighting was designed to fit the environment. Low bollards of steel were constructed so that the material rusts in line with the bridges and platforms in the tunnel, with a high focus on lighting the paths without stealing any attention from the attractions and preventing glare.

This process of testing everything on site meant that the project evolved organically, in every sense of the word. Gunnlaugsson also believes that this was a big part of the project’s charisma and specialness.

Another aspect that adds to the special wonder is the magnificent natural colour palette. The array of red, pink and orange tones in the rock creates a lasting impression, and it was essential for EFLA to provide the right lighting to highlight these natural colours, without oversaturating them or making them feel artificial.

“Getting the precise colours – via DMX control – was vital to setting the aesthetics of the Lava Tunnel,” Gunnlaugsson said. “As was creating the required contrasts of light and shadow to intensify the natural colours and accent the dynamic geological DNA of the space.

“We took tests beside one of the three openings in the roof of the cave, where the daylight came in, and ‘copied’ the colours in order to get the most accurate colours.”

Lighting in these three openings also proved to be a challenge for Gunnlaugsson and his team. As the surrounding area is one of the best locations to see the Northern Lights, it was important to cut the light around the openings to prevent light pollution from the cave while at the same time lighting up the highlights around the openings without causing any glare to the guests. As installation took place over the summer, it wasn’t possible for EFLA to focus and adjust the lights around the openings, because of the long days, therefore these parts had to be adjusted in the autumn.

Further to this, the near freezing temperatures could have caused some complications when it came to installing lighting in the tunnel. From the entrance to the middle section of the pathway, the temperature mimics that of the outside, while the openings in the ceiling allow for rain and snow to enter. When the temperature drops below freezing, this part of the tunnel can be treacherous, as ice covers the stone pathway.

Deeper inside the tunnel, the temperature remains static most of the year at around five degrees Celsius. Humidity also remains constantly high for most of the year, with rainwater seeping through the stone and dripping from the ceiling. Luckily, EFLA’s prior experience working on the Langjökull Ice Cave (a previous darc awards / architectural winner) meant that they were used to working in such conditions.

However, while working on the Ice Cave gave EFLA experience of working in extreme conditions, the differences between the two projects were still enough for this to feel like a wholly new challenge, as Gunnlaugsson explained: “It’s different for so many reasons.

“Most of my projects are done at least 80-percent in the office, this one was at least 80-percent on the spot. If we think about projects in nature then we can mention the Ice Cave: there you have a pretty clear ice that gives light through and differs in colours, and there’s a different solution for hiding cables, lamps and other equipment as almost all lights are placed inside the walls and floors.

“Although these two are in many ways not so dissimilar in terms of technical solutions, the differences between them are totally black and white.”

Prior to EFLA’s work, the tunnel was a popular site for visitors, but the lack of any real structure to explore inside meant that there were a number of health and safety concerns, to the point that in 2016 the tunnel had to be closed.

The new lighting scheme, along with the raised walkways, has reinvigorated the site, allowing visitors to see the natural wonders inside safely. Gunnlaugsson is pleased with how well the new scheme has been received: “I’m really happy with the solution, and the final impression and experience is just as we wanted.

“There has been strong feedback, both from the owners and visitors about the overall experience, and the lighting. It’s been especially nice to get good reviews from people who had often been in the tunnel with just headlights before. Now they describe the experience as being much more powerful, more dramatic.”

And what is it that makes the experience that much better? The lighting, of course.

“I would say that the lights are definitely one of the key parts of how well it has gone,” Gunnlaugsson enthused. “The lighting helps to build up a more dramatic, spacious feeling, with better colours, and overall a much more powerful experience.” 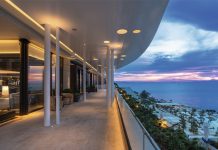 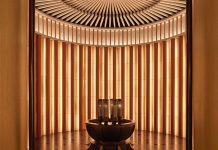 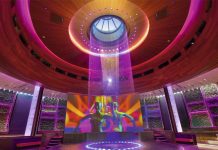