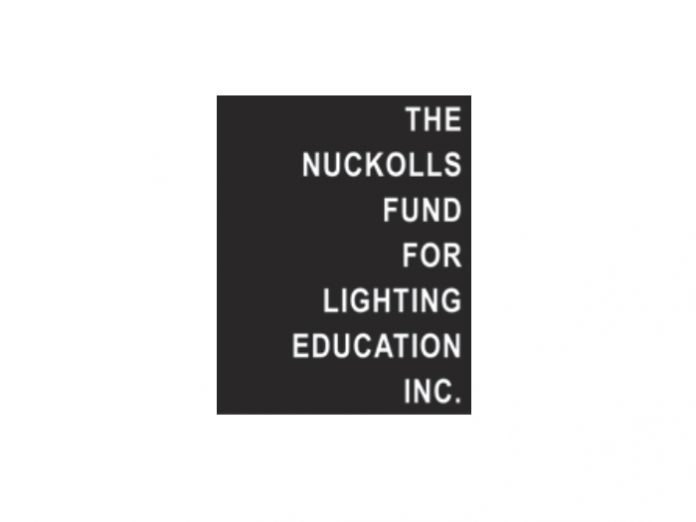 The Nuckolls Fund for Lighting Education has named eight winners of grants and awards for 2018 totaling $90,000, the largest annual distribution in its 29-year history. This year’s total brings the Fund’s support for lighting education since its founding to $1.145 million.

“The Fund’s Board of Directors felt that because more proposals submitted for 2018 demonstrated significant merit, the decision was made for an increase in the number of grants that were given,” said Fund president Jeffrey A. Milham. Submittals were received from lighting educators in colleges and universities throughout North America.

A $20,000 Nuckolls Fund Grant was given to the University of Minnesota to assist in the development of a Lighting Design Minor, plus the introduction of a new advanced lighting course titled Lighting Design Innovations and Technological Advances, to be offered by the University’s College of Design. Abimbola Asojo will be the Principal Investigator with Mary Guzowski as the Co-principal Investigator for this grant.

A second $20,000 Nuckolls Fund Grant was awarded to the University of Oregon for the development and delivery of a new course, Virtual Lighting Design. Siobhan Rockcastle, Chair of the Baker Lighting Lab, will be the Principal Investigator with support by a team comprised of Kevin Van Den Wymelenberg, David Grigsby, Zachary Suchara, Nathaniel Jones, and Naomi Miller.

Seunghae Lee from Oregon State University will apply her $10,000 Edison Price Fellowship Grant to pursue a summer internship with the lighting design firm of Lam Partners in Cambridge, Massachusetts.

Two $5,000 Designers Lighting Forum of New York Student Achievement Awards were presented this year. Winners are Riley Johnson from the University of Nebraska at Lincoln, and Joanna Filter, attending the Parsons School of Design in New York City.

The Nuckolls Fund was established to honor the late lighting designer and educator James Nuckolls. “Since its founding, we have grown our annual support for the development and expansion of programs in architectural lighting design education in North America,” says Milham. Submittals for financial support from the Fund’s three ongoing programs are judged annually.

“In 2019, the Fund will celebrate its thirtieth year in operation. Our past winners have been responsible for many notable advancements made in the lighting profession,” Milham added. “We look forward with pride to the continuation of the great work by educational institutions and individuals through lighting education.”

The deadline for receipt of applications, grants and awards for the 2019 Nuckolls Fund is November 30, 2018. Distribution to winners will take place in New York City at LEDucation on March 12-13, 2019, at the New York Hilton.