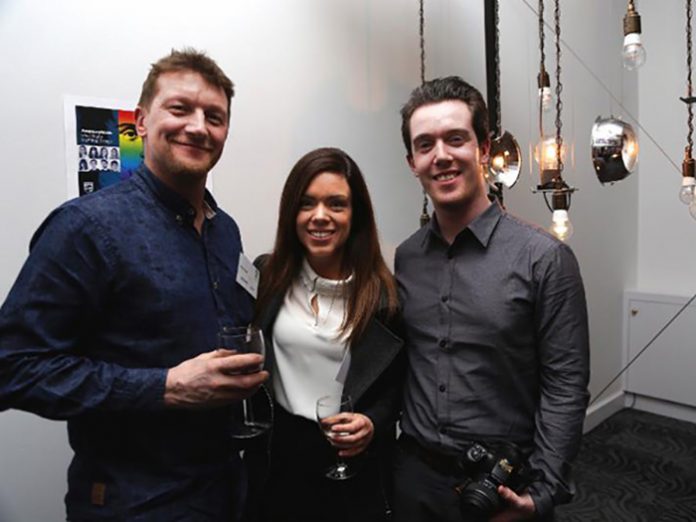 Paul Nulty Lighting Design (PNLD) was revealed as the winner of the Philips Strand competition during The Society of Light and Lighting Fresnel Lecture, held at the Royal Institution of Great Britain last week.

Philips was chief sponsor of the event, alongside support from the IALD. Following the talk, Philips’ Lighting Application Design Lead and competition judge Mike Simpson announced that PNLD’s design had come out on top.

“It was a difficult decision as the other finalists were fantastic, however ‘Anamorphosis’ was a very deserving winner,” said Simpson. “Many lighting designers will have grown up with the Patt 23 and spent hours lovingly maintaining it and taking it apart, so to see its deconstruction in PNLD’s design brings back those memories. I think it’s very appropriate when celebrating an iconic spotlight to be able to look inside and consider how the original design has stood the test of time.”

Launched at the end of last year to celebrate the brand’s centenary, the Strand Lighting competition garnered much interest from lighting designers and artists worldwide. Over 90 people registered their interest.

The prototypes of the winning design and two finalists were built by Howard Eaton Lighting and displayed at the Royal Institute for attendees of The Fresnel Lecture to view.

“Being short listed and having ‘Anamorphosis’ made was amazing enough, but to then be invited to the Royal Institution and have our design declared the winner in the historic building was a real honour,” said Karen Smart, PNLD team leader for the project. “The team couldn’t be prouder, it’s an amazing feeling and a moment we will all remember for a very long time.”

The Fresnel Lecture marked 200 years since Augustin Fresnel discovered his Wave Theory of Light and coincided with the UNESCO International Year of Light. Peter Phillipson of the SLL gave the lecture, with a guest appearance from Dr. Bryson Gore.