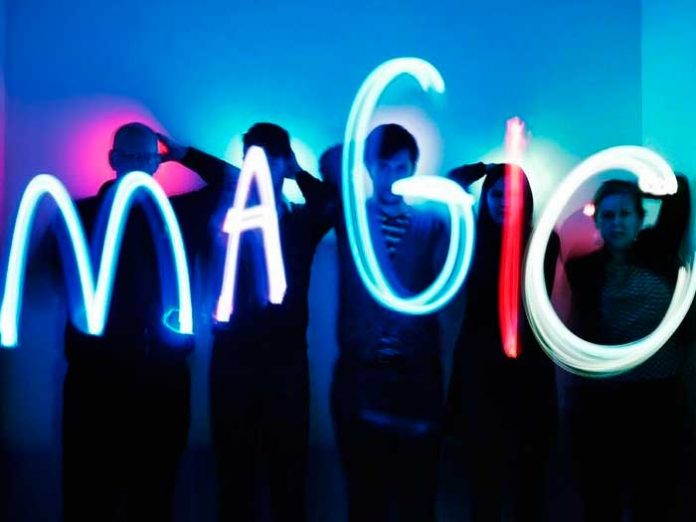 (Worldwide) – Hundreds of people took to social media on 9 November to take part in the International Association of Lighting Designers’ (IALD) fifth annual Chase the Dark event; a one-night celebration of light that begins in Australia and makes its way westward across the globe. The international lighting movement continued to gain momentum with more than 30 cities joining in on the fun.

This year’s edition of Chase the Dark, “The Shape of Light,” invited designers to play with the very versatile EL wire, a battery powered and multi-colored electroluminescent wire. Participants affixed it to street furniture, industrial objects, bicycles, and even themselves! Using #IALDChaseDark, designers made short videos, gifs, and photos, and shared them worldwide.

As the sun set westward across the globe from Sydney and Melbourne, Australia, light enthusiasts watched as their wave of tweets, re-tweets, posts and comments brightened the globe one time zone at a time. By the time the sun had set on the West Coast of the United States and Canada, the hashtag #IALDChaseDark had become a worldwide trending topic on many social media platforms, reaching more than 84,000 individual users and resulting in more than 2 million impressions on social media timelines across the globe.

This annual global event serves as a means of bringing the lighting community together and keeping us connected. Chase the Dark revels in our members’ cultural differences and distinct design approaches while engaging everyone in a compelling activity that celebrates the power of light.