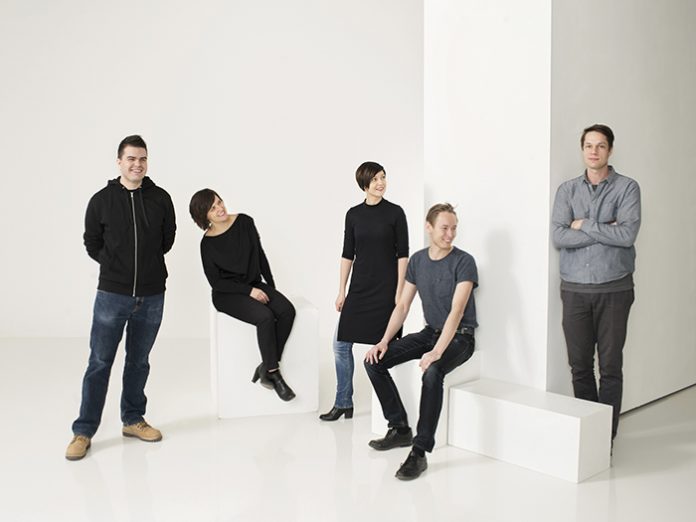 WSP Finland is utilising the Unity game engine, photo-scanned materials and LuxRender software to achieve a realistic, immersive, virtual environment to aid the lighting design of their latest ongoing project. We take a look at how they do it.

Lighting that adapts to the user is a new technology with operability that can be tested using a game engine. “Writing the model for the game engine began in the form of cooperation with students at the Aalto University and was inspired by the Aalto Light Energy research project,” explained Pia Salmi at WSP Finland. “The aim of the project is to develop the energy efficiency of outdoor lighting without compromising on traffic safety.”

At the preliminary design stage a model was made of Kruunuvuorensilta Bridge, while at the next stage, the entire design area will be simulated. The design of Kruunuvuorensilta Bridge and the road layout will be carried out using a Building Information Model (BIM). In fact, data models will be prepared of all the designs and details, in which the compatibility of the various technical sub-areas can be checked and any overlaps can be identified. The data model will not, however, work as an illustrative presentation model as the place of the bridge will be taken by technical design documents. The material in the data model will be used as a basis for the Unity model, but it will have to be edited and slimmed down before it can be loaded into the Unity program.

The illustrative Unity model can be used both for design in general and for public relations concerning the specific plan. The model can be used to examine both the adaptive lighting related to users and the special lighting of the pylons. The lighting will be examined on the bridge, further away out to sea and on the shoreline. While the design is being drawn up, examination of different lighting arrangements and intensities using the 3D model will give all those involved the same understanding of the design. The Unity model provides a more illustrative and a more empirical result than traditional 3D images, when different lighting-control situations can be simulated interactively. The game engine produces scans of the materials in the structure and in the landscape, which reinforce the reality of the cyber environment. The sound of the tram and other ambient nature sounds will also be present in the model to enhance the reality of the experience. And here’s the really exciting bit.

“The completed model will be used for decision-making and public relations for the project,” says Salmi. “Individuals will be able to move about inside the model using Occulus Rift 3D spectacles in conjunction with the game engine, and observe the lighting and the bridge design from the same perspective as if they were moving around on the completed bridge.”

The model will also operate as a presentation model via the Internet without using the 3D spectacles. In addition, WSP Finland will also be preparing videos of the model in which the viewer will be able to ride on the tram and move around the streets and the square. The model has been on show at the Tram Exhibition at the Laituri Gallery in Helsinki since January 13th 2016.

The new tramway bridges (Kruunuvuorensilta and Finkensilta) paint a new skyline for observers offshore and provide a new viewpoint towards the city. The bridges are situated in the fragile Helsinkipuisto nature area that requires a special emphasis on the safety and ecological aspects of the lighting design so that obtrusive light emitted to the environment (light pollution) can be minimised and a degree of darkness maintained. The views, both towards and from the bridges, will be preserved as far as possible. Light will be controlled by increasing light according to trams, pedestrian and cyclists. The light is limited to areas where needed by using non-glare light fittings and further controlled by dimming-down light sources when these areas are not in use.

The lighting plan complies with the principles and guidelines of the 2015 Helsinki outdoor lighting feasibility study, the development plan guidelines and the principles of the Light District report. Bridges will become prominent landmarks and thus require special consideration when their illumination is designed. Architectural aspects and lighting designs are based on the winning proposal in the bridge competition in co-operation with Knight Architects (UK). The main visual elements of the lighting plan are the Kruunuvuorensilta Bridge pylon and the design of combined tramway power and lighting columns. The illumination of the bridge pylon by spotlights is dynamic and can be modified if and when required.

Lighting on the bridges will be implemented using LED light sources. The result will be an energy-efficient, long-term lighting solution that enhances the aesthetics of the bridge architecture. The systems for controlling the LED lighting will provide an opportunity to adjust the lighting according to the particular needs of any specific area.

The Kruunuvuorensilta Bridge will accommodate a high-speed tramway with carriage speeds of up to 70kph. The tramway will be illuminated to prevent accidents. The lighting classification for the footpaths and cycleways on the bridge is P2. The colour temperature of the white light in the overall lighting will be 3,000K and the minimum requirement for the colour rendering index Ra will be 80. The serviceability of all light fittings will be taken in to account when finalising the locations of the fixtures.

The lighting of the Kruunuvuorensilta Bridge footpaths will be fixed to the bridge’s south-facing balustrade. The tramway and cycleway will be lit by LED modules fixed to the combination columns.

Overall plan for the special lighting of Kruunuvuorensilta Bridge

The pylon of the new Kruununvuorensilta Bridge will be illuminated to form the highpoint of the design, as a landmark. In daylight, views of the bridge will highlight the pylon and its supporting cables plus the combination columns. At night-time, the lighting will bring out the lines of the bridge deck and emphasise the pylon as the climax of the design.

The diamond-shaped edges of the bridge pylon will be highlighted by narrow cones of light from the RGBW spots. The illumination of the pylon will be programmed to provide varying special lighting according to the calendar year and to mark major City of Helsinki festival days. One special feature of the pylon lighting will be that it can be controlled by a mobile device. It will be possible to give organisers of and participants in City of Helsinki events the right to control the lighting for the duration of the event.

When there is no-one present on the bridge, the lighting will be dimmed to a level of 10% of the normal. The lighting level will be increased automatically to the recommended level approximately 100 metres in front of any bridge user and then reduced again approximately 100 metres behind any bridge user. As far as the tramway is concerned, the brightening of the light is designed to take into account tram stopping-distances and the requirements set for traffic safety. Sensor technology can be implemented using smart long-range sensors which can identify the speed and direction of movement of different user groups on the bridge (trams, cyclists, pedestrians, motor vehicles). The sensors will be integrated into the bridge balustrades or the supporting columns. The technology used in long-range sensors is under continual development so that the way these are used will be refined as the design proceeds.

The building of the Kruunuvuorenranta bridge is estimated to start 2020-21 and to be completed in 2023.